This week, it was announced that Beyoncé’s manager, Blue Ivy Carter will narrate the audiobook for “Hair Love” based on Matthew A. Cherry’s Oscar-winning short film. 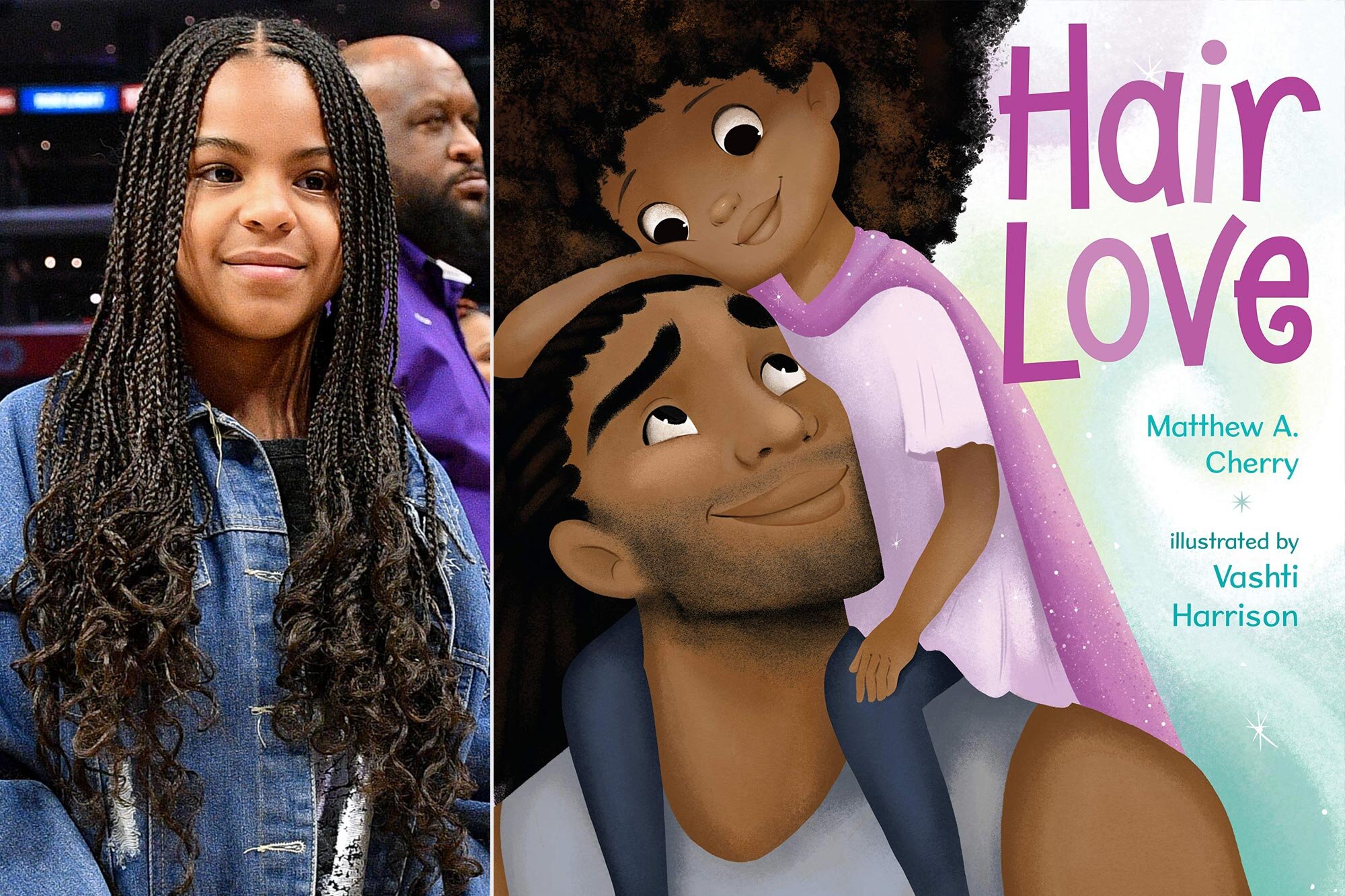 Cherry’s break out film “Hair Love,” is centered around Black fatherhood and the representation of Black hair. In the short film, we meet a 7-year-old Zuri, who is struggling to style her hair. As the film continues, everything that could go wrong does and the frustrated Zuri leans onto her father for help. After getting through the initial struggle of handling her hair, Zuri’s father is able to achieve her desired style with an extra dose of patience and creativity. I won’t spoil the rest of the film for you, but make sure you have that box of Kleenex on deck.

For me, “Hair Love” was already a pivotal body of work prior to Blue Ivy’s narration announcement  because we saw a positive depiction of a Black father with his child in mainstream media. The ‘deadbeat father’ trope is something that society has attempted to subscribe to the Black family for a very long time and it has impacted us deeply. In addition to this, Cherry’s film shifted the narrative that society has around Black hair from something that was inherently bad, and needed to be tamed with Eurocentric styles to something that should be cherished, loved, and celebrated.

Blue Ivy’s narration announcement hit a sore spot for me, because I remember the treatment that she received from our community as she grew up. I distinctly remember a viral photo of baby Blue where her afro was out and the whole debacle that surrounded her looks and Beyoncé’s parenting skills. There was a barrage of tweets that criticized Beyoncé’s  and Jay-Z calling for them to “comb” Blue’s hair. There were viral memes on Facebook that compared Blue Ivy to Jay-Z in a negative light for her full lips and nose, and even BET aired an episode of 106 & Park where one of the guest hosts ridiculed the then 1 year old Blue in front of a live audience. All of these things done before Blue Ivy could be old enough to read it on her own.

It’s evident that anti-blackness, colorism, and texture discrimination does not have the decency to wait till you’re of a certain age. These negative mindsets are introduced to many children before they can even spell their own name properly. The perception of Eurocentric features as the standard has forced us to attack and criticize how we were naturally created. It is the reason why we’re more comfortable speaking negatively about someone like Blue Ivy but still persevere kindness and adoration towards Stormi Webster or North West. The comfort that many have in scrutinizing Black features and Blackness is both disturbing and dehumanizing. It’s the reason why someone will feel comfortable asking us if our hair was real, if our father was in our lives, make inappropriate comments on the sizes of our lips, and have judgmental perceptions of our hair that literally grows from our scalp. These ideologies bleed into our everyday lives, and its unfair that so many young children aren’t protected from it.

Blue Ivy’s narration is a symbol of beauty, strength, self-confidence and truly the last laugh because our good sis is getting coins off of the same topics that people used to tear her down. I look forward to supporting this Audiobook and sharing her and Cherry’s work with the little ones in my life. You can find Cherry’s hardcopy and audio version here.

What are your thoughts? We’d love to discuss them further in the comments below❤️.

In the first sentence of your article you list Blu Ivy as Beyonce’s manager, a mistake im sure just wanted to make you aware. Good read otherwise ❤